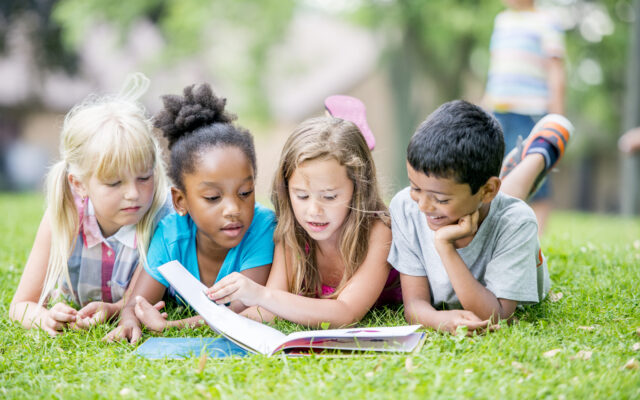 1.  A cop in Atlanta gave a pair of shoes to a homeless guy who was walking around barefoot.  And someone got it on video.

His name is Wyatt, and he set up a donation-based lemonade stand where they can stop to get a drink.  Half of the money he makes goes to his college fund . . . 30% goes to St. Jude’s . . . and he’s using the rest to buy a dirt bike.

3.  Here’s a good one for National Book Lovers Day:  A 10-year-old in Texas named Orion Jean is running a book drive for underprivileged kids.  And he’s on a mission to donate HALF-A-MILLION books.  He’s about a quarter of the way to his goal.