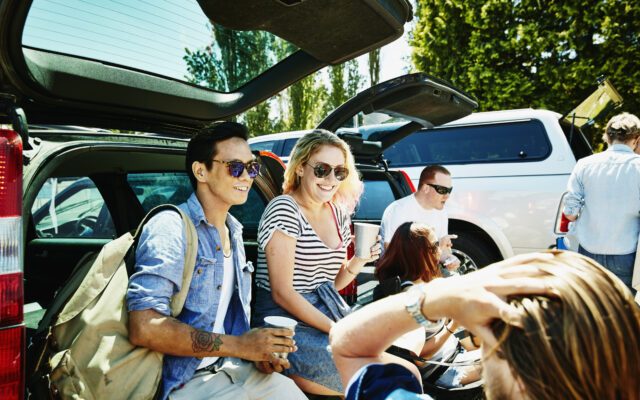 1.  Lifeguards are trained for a lot of emergency situations . . . but 18-year-old Natalie Lucas had to stretch her skills a bit.

She’s a lifeguard at a YMCA pool in Colorado, and a couple weeks ago, she sprang into action to help . . . DELIVER A BABY ON THE POOL DECK.

She said, “I walk over and the husband, he says to me, ‘We’re having the baby right now.’  I’m like, ‘Okay!’  Adrenaline kicks in right then and there.”  She said the baby was out within about five minutes, and everyone is doing well.

2.  A man in Mississippi has a “guard cat” who saved him from some intruders two weeks ago.  He says his 20-pound cat Bandit ran into his bedroom at around 2:30 A.M. . . . jumped on the bed . . . and started pulling the comforter off.

He says she’d never done that before, so he got up to see what was going on.  Turns out, two men were using a crowbar to try to break into his back door.  He scared them off . . . and he’s okay . . . thanks to Bandit the cat.