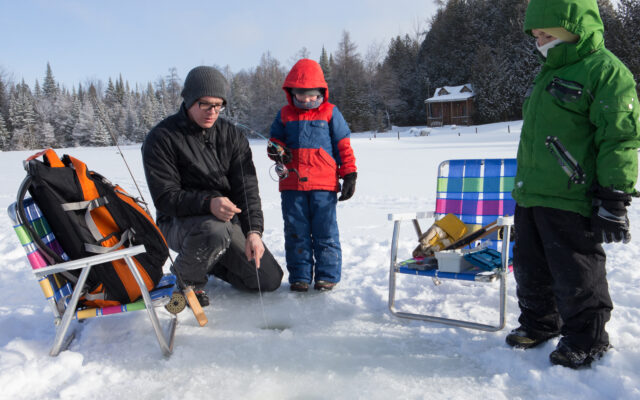 1.  A 16-year-old kid near Philly named Cory Hemberger saved two younger kids who fell through an icy pond last week.  He was out playing hockey when he heard the first kid fall in.  Then the kid’s friend tried to save him, and he fell in too.  So Cory got as close as he could, and used his hockey stick to pull them out.

2.  Speaking of ice:  Four ice fishermen in Vermont saved a deer that got caught on a frozen lake.  It was exhausted and couldn’t get its footing, because it had been out there for hours.  So they managed to wrangle it, then put it on a sled and got it back to shore.  They said it turned a “bad day of fishing into a good day” overall.

3.  A 52-year-old guy from Syracuse named Bob Barnes is trying to get more people to donate blood by biking to all 50 state capitals in a single year.  He started in August, and he’s made it to 26 so far.  So he’s still on pace to do it.  (He’s cheating a little by taking a ferry to Alaska.  And he’s flying to Hawaii, then biking into Honolulu.)

4.  A two-year-old in Texas saved his parents and four siblings from a fire this month after their smoke alarms didn’t go off.  His parents didn’t smell the smoke because they were both recovering from covid.  He woke his mom up by saying, “Hot, mama, hot.”

5.  A couple in Rhode Island got married outside during the blizzard on Saturday.  They’d been planning on the 29th for over a year, so they just went for it.  They tied the knot on the front steps of the Providence Public Library.