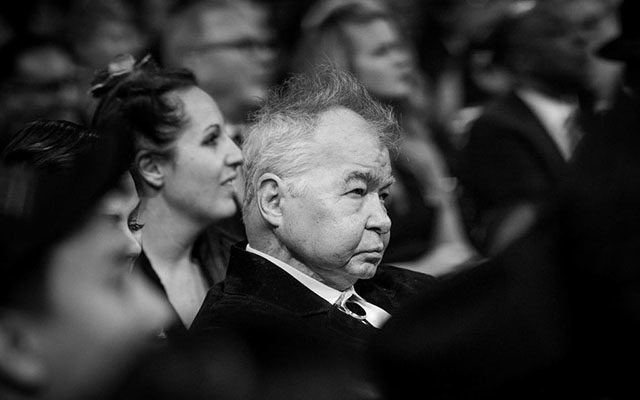 John Prine was in critical condition on Sunday, after being hospitalized with the coronavirus on Thursday.

His family tweeted the update, saying that the 73 year old had been intubated Saturday evening and is continuing to receive care. They wrote that the news was hard for them to share, but that “so many of you have loved and supported John over the years, and we wanted to give you a chance to send on more of that love and support now.”

An update on John pic.twitter.com/fPQbv0tLyB

The Chicago-born singer, songwriter and record label head is a two-time Grammy winner and was nominated for three Grammys last year for his album The Tree of Forgiveness. He is one of the recipients of the Recording Academy’s 2020 Lifetime Achievement Awards and prior to the coronavirus outbreak was expected to take take part in the April 18th ceremony in Pasadena, California. His debut album went into the Grammy Hall of Fame in 2015.

Also on Sunday, Joan Baez posted a video on YouTube noting Prine’s condition and said his wife, Fiona, has also tested positive, before performing a cover of his song, “Hello in There.”