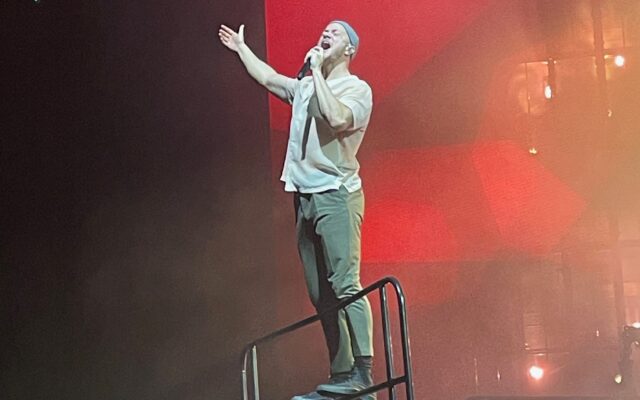 Often times when a band plays a huge area show in front of tens of thousands of fans, it can be a challenge to feel as though the band truly connects with everyone in the audience, but Imagine Dragons did just that at the Moda Center the night of March 9th.

Not surprisingly, the running theme of the show centered around the latest album release “Mercury Act 1” with the opening cinematic sequence highlighting the overall theme behind the album, as well as different interludes during the show, helping to facilitate the overall feel of what the band were conveying.  Right from the start, frontman Dan Reynolds was sure to connect with the Portland audience, being highly engaging and energetic throughout the entire performance.  This meant that he was also in the spotlight both figuratively and literally for most of the time, save for the occasional solo performed by one of the other members.  This meant that the focus was on Dan the majority of the time, and not so much the other musicians, although there were occasions where guitarist Wayne and bassist Ben would strut out on the large catwalk that extended halfway out on the floor of the arena.

Musically and vocally, they were in top form, working through all of the hits such as “Believer”, “Thunder”, “Natural”, “Whatever It Takes”, “Enemy” and of course “Radioactive.”  Fans were treated to a special smaller acoustic set at the end of the catwalk for a cover of Bob Marley’s “Three Little Birds” (especially poignant during these times) as well as a very Mumford & Sons-esque version of “I Bet My Life” and the couples-favorite “Next to Me.”

Speaking of poignant, the night was rife with times like that, especially with the playing of “It’s Ok” with Dan taking the time to remind fans that it was ok to seek out help for mental health and that he himself had been visiting a therapist since his teenage years.  He also connected with the audience in talking about his wife of near to 10 years who is from Eugene, and he waxed nostalgic about visits to the Oregon Fair over the years.

For me personally, the most impactful part of the show was the playing of “Wrecked.”  Dan prefaced the song by asking everyone in the audience to raise their hand if they’d lost anyone they loved in the past 5 years (a sea of hands hit the air), and then spoke about his sister in law who had lost her battle with cancer in her early 30s.  The song, a heartfelt homage to her, was felt by everyone in the arena that night in that it now brought everyone in to the fold who had lost someone dear to them.

It was great to hear all the hits and the performance from the band was top notch, complete with a huge background screen, confetti cannons, and pyrotechnics to boot.  While Dan connected well with the audience, at times I felt as though there was a bit of a disconnect with the rest of the band, given that he was the ultimate showman who garnered the majority of the attention.  Also, it was a huge stage meaning that when there were times of connection among band members, they had to get their steps in to gather in one spot before going their separate ways once again.  Missing from the set was “Levitate” from the “Passengers” soundtrack and one of my long-time favorites which would have been nice to hear.  That said, the overall message behind the show was one of positivity and hope.

On a personal note, it was also great to see how down to Earth the guys in the band still are.  I chatted with them for a “Perfect Playlist” back in October of 2012 and it was nice to see that after playing such venues as the Doug Fir and the Roseland here in town, they are, a decade later, still as interactive and connected to their fans as ever, which can be a challenge when you’re playing a near to sold out arena show.  One could easily tell that the band, in spite of their huge success, are in their core still as humble and genuine as ever.  And their message of thanks was even sent out to everyone in the form of confetti that fell from the roof of the venue with a hand-written message from Dan and the band telling us how much they loved us; a nice keepsake of the evening.  I was there with my wife, Suzanne, step-daughter Sofia, her friend Kinley and our other friends, Matt, Nancy, Emma and Kimmy and we left with our hearts full and the music still in our heads. 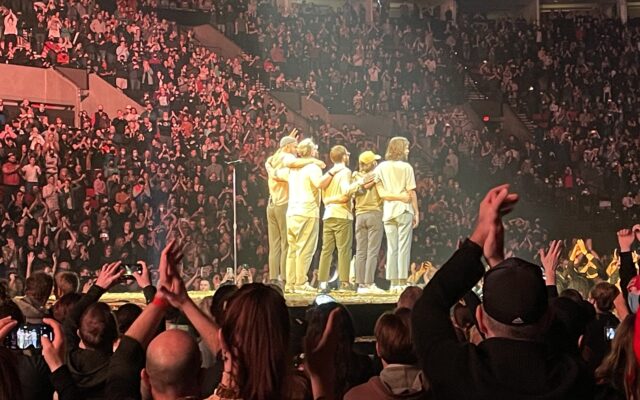 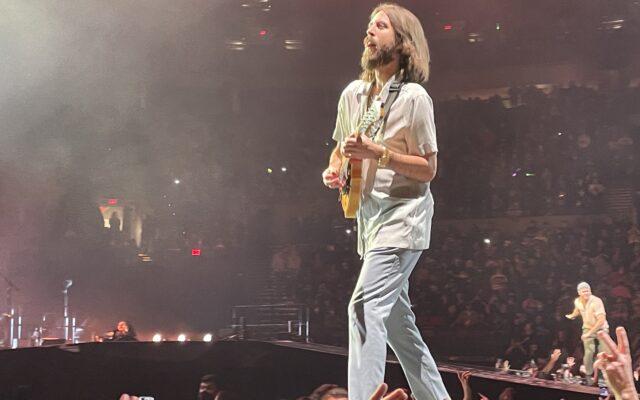 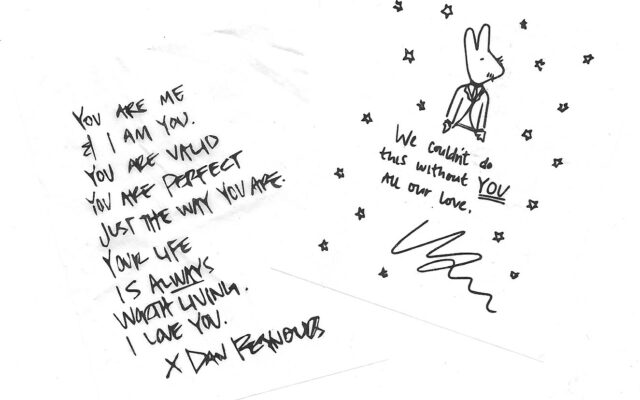