During a recent college visit for my son in Daytona Beach, FL, during Spring Break, my family and I HAD to of course hit Disneyworld in nearby Orlando for a couple of days.  What would a visit to the area be without that?  Of special importance was the fact that neither I, nor my son had ever been to Disneyworld and we were of course excited about Star Wars “Galaxy’s Edge.”  We decided to spend a couple of days at Disneyworld, doing the first day at Magic Kingdom, with the second day being at Hollywood Studios.

First off, I’m going to get this out of the way at the beginning and say that planning is KEY with regard to a Disney vacation like this.  Had I known more about this going in, I would have for sure spent more time figuring out the logistics of everything.  Luckily, the fine staff at the Disney Coronado Resort where we stayed for two nights were extremely helpful in figuring out my best strategies for the two days at Disneyworld.  Yes, I say strategies, because there are definitely some involved.

One of the things you’ll need to figure out early on is just how you’re going to go about your whole adventure at the park.  Do you want to arrive right when the gates open and go for broke and get on as many rides as you can, or do you want to show up a bit later and take things at a leisurely pace?  If it’s the former, I REALLY recommend springing for the Genie+ addition to the Disney App.  Oh, you don’t have the Disney App on your phone?  Another thing that I learned through my whole “trial by fire” experience at Disneyworld is that it is extremely helpful, if not a complete necessity to have this app installed on your phone.  With certain add-ons, you’ll be able to do things such as book restaurant reservations and arrange to skip most of the long lines with the “Lightning Lane” pass.  Sure, it costs a bit more, but if you’re the kind who wants to get the most that you can out of your experience, it’s very helpful.  The downside to this is that you might find yourself micro-managing and scheduling various things on your phone which I found a bit frustrating at first.  This is a vacation… I don’t want to be relegated to this much organization on my phone!  However, once I got the hang of it, I for sure saw the benefits.

Most of the more popular rides “sell out” their “Lightning Lane” passes quickly, so if you’re getting to the park right when gates open, make sure to schedule what you want to do at that moment, or even ahead of time if possible.  Is it still possible to ride the rides?  Of course, but you might find yourself relegated to a 90 minute (and sometimes longer) wait in line.  And the strategy of having one person wait while others show up later is challenging in the sense that the rest of your party will have a LOT of difficulty getting to you and you might also elicit some glares from others in line.

That said, we had a tremendous 2-days at Disneyworld at the two parks that we visited.  You might find yourself exhausted toward the end of each day, but do yourself a favor and stay for the fireworks.  You won’t be disappointed!  Also, a huge cartoonish thumbs-up to the Coronado Resort which was a fantastic experience.  The free shuttles to the various parks each day made getting there MUCH easier than had we opted to drive and actually park for a fee.

And I couldn’t complete this review without of course talking about the crown jewel as far as I’m concerned: Star Wars “Galaxy’s Edge.”  My son and I were thrilled!  The rides were top notch (although the waiting lines were super long as expected) and the food was naturally spendy.  However… just walking around this whole area of the park was incredibly fun as there was a huge attention to detail.  You felt as though you had been transported to some far away Rebel base… or Mos Eisley spaceport or the like.  I could have spent the whole time walking around and taking it in, visiting the various vendors, and of course ogling the Millennium Falcon parked there, seemingly waiting to take off at any moment.  And you’re sure to run in to a few Storm Troopers or other Star Wars-related extras who are more than happy to engage in conversation and pose for some photos as well.

Given that my son is committed to this amazing school in Daytona Beach, I’m sure that more Disney visits are in our future! 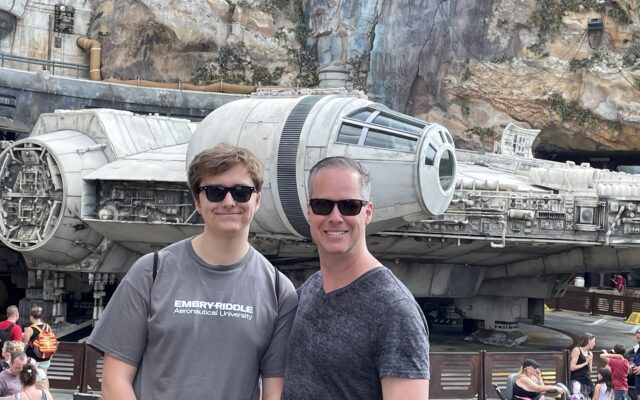 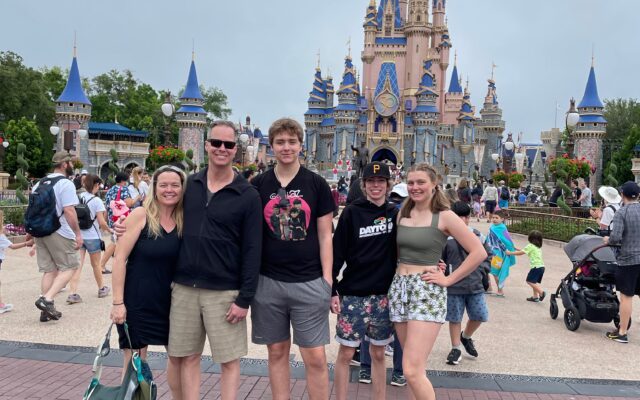 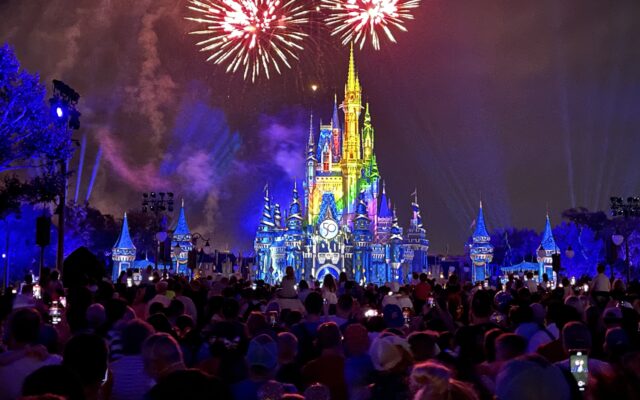