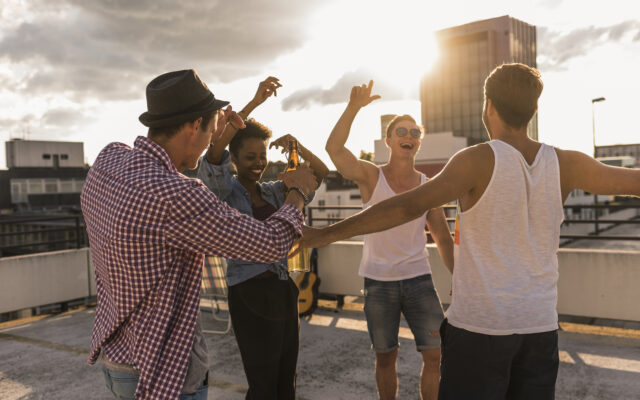 2.  A guy in South Carolina recently pulled into a gas station, because his wife had to use the bathroom.  Then while he was waiting, he bought a lottery ticket . . . and won $200,000.

3.  A 98-year-old guy in England always brings everyone their mail at his retirement home.  So the British Post Office just gave him his own uniform.

4.  A 96-year-old World War Two vet from Minnesota just got honored by France.  They gave him their Legion of Honor medal for helping liberate France from the Nazis.

5.  Here’s a reminder of how resilient kids are:  A 10-year-old girl from Ukraine had to flee to Poland with her family.  But she recently started school there, and already has a best friend.  They have to use Google Translate to communicate.  But even with the language barrier, her friend says all they do is laugh.