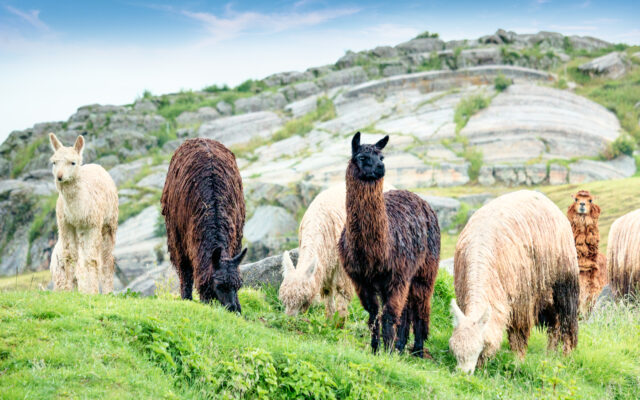 1.  A new study found dogs are medicinal.  Researchers let E.R. patients spend ten minutes with a therapy dog, and it significantly lowered the amount of pain they were in.

2.  In other dog news:  A guy in Hawaii rescued a dog that got stuck in a 25-foot hole for two days, and it’s all on video.  And a dog in Michigan was missing for several days after it ran out onto a frozen bay.  But people searching on snowmobiles found her walking across the ice SEVEN MILES from shore.  She’s back home now.

3.  A one-year-old girl in the U.K. was involved in a terrible car crash in December, and doctors thought she was paralyzed.  But now there’s a video making the rounds after she walked again for the first time last week.  (Here’s the video.)

4.  They say what goes around comes around.  Here’s a pretty incredible example:  During World War Two, a woman in Ukraine named Maria Blishchik helped hide a young Jewish girl named Fanya Bass, so she wouldn’t get taken by the Nazis.  And now Fanya’s family just returned the favor 80 years later.

She survived the Holocaust because of it, and eventually had kids.  And her granddaughter just saved two of MARIA’S grandchildren.

They were trying to get out of Ukraine, so she helped make it happen.  They flew to Israel, where she lives.  And she picked them up at the airport last week.