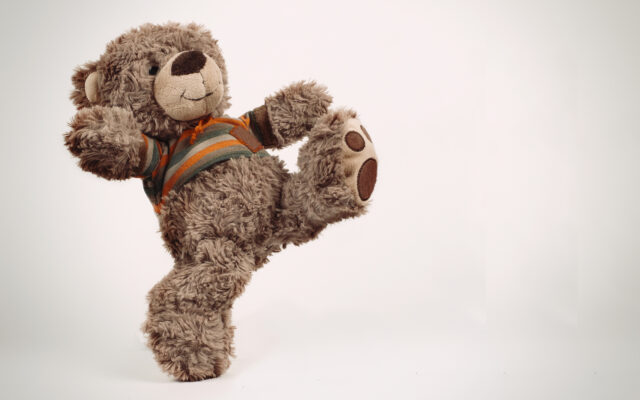 1.  An 81-year-old guy in Florida is training to compete in the World Ironman Championship later this year.  It’s happening in Hawaii in October, and he’ll be the oldest person there.  But this ain’t his first rodeo.  It’ll be the 20th time he’s done it.

3.  A guy in Pennsylvania saved his neighbors from a fire on Wednesday.  They were trapped upstairs, so he grabbed a ladder . . . crawled under the smoke . . . and pulled a woman out.  Then he went back in to get her baby . . . went in a third time to save another girl . . . and then a fourth time to save their dog.  Everyone survived.

4.  Three months ago, a five-year-old boy from Texas named Ezekiel Burnett lost his favorite teddy bear at the Milwaukee airport.  He was tossing it in the air, and it got stuck in some rafters.  So there was no way to get it down, and he was devasted.

But he just got it back this week after the airport launched a huge social media campaign to find him.  Workers discovered the bear last month, and the airport posted photos across all its social media accounts.

Ezekiel’s dad eventually found out about it.  And on Tuesday, Southwest flew the two of them back to Milwaukee for a big teddy bear reunion.