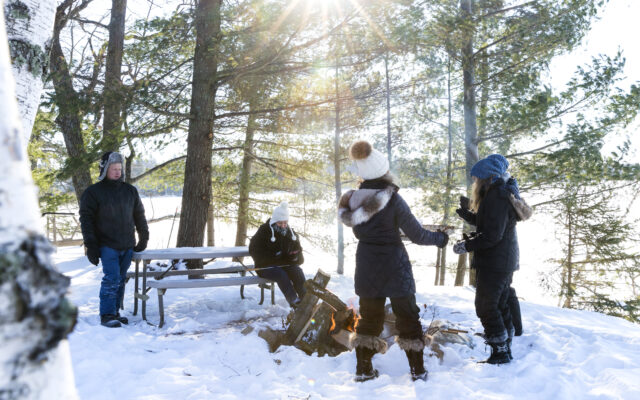 1.  A pair of up-and-coming radio hosts in Ohio just broke a world record by interviewing each other for more than 25 hours straight.  They do a college radio show called “808s and Mixtapes” at John Carroll University in Cleveland.

2.  A woman in San Francisco told her husband he was getting “weird” and needed to make some friends.  So last month, he put up fliers in their neighborhood that said he’d be making free pancakes that Saturday.  And now he’s got lots of friends, because 75 people showed up.  He had to make around 125 pancakes to feed them all.

3.  Two kids fell through a frozen lake in Missouri on Tuesday.  But they’re okay, because firefighters happened to be out on the lake training for that exact situation.

4.  An eight-year-old’s Tooth Fairy letter is going viral.  He accidentally swallowed a loose tooth while eating pizza . . . and wanted to make sure he’d still get paid.