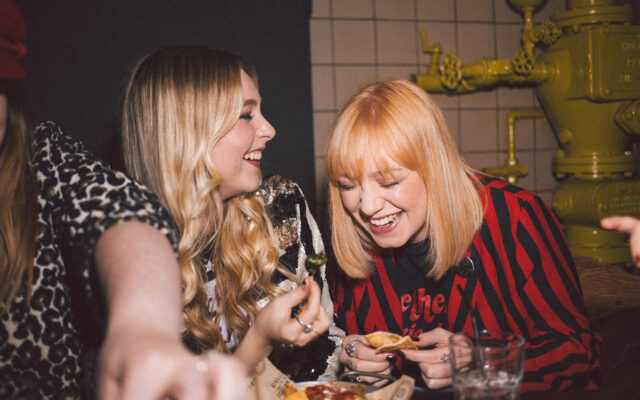 1.  A couple in New York got married on the Canadian border, so the bride’s family could be there.  She’s from Canada, and her 96-year-old grandmother still lives there.

Flying her in seemed risky, and nonessential travel by car is still limited.  So she and her fiancé exchanged vows on the border while her grandma watched from the other side, less than 10 feet away.  Her parents live in Canada too and were also there for it.

2.  Firefighters in El Paso rescued a tiny kitten that crawled into a metal pipe and got stuck.  They had to cut the pipe with a big saw, and used lubricant to get it out.  The kitten wasn’t hurt.

3.  An artist in Denver was at Goodwill when he spotted a painting of sunflowers that looked familiar, because HE painted it.  He did it in an art class 21 years ago when he was 14.  It’s the first painting he ever entered in an art show.  Someone paid $150 for it.

He says his mom was ANGRY at him back then for selling it.  But now she has a chance to buy it back.  He paid $20 for it at Goodwill, and plans to auction it off to raise money for breast cancer research.