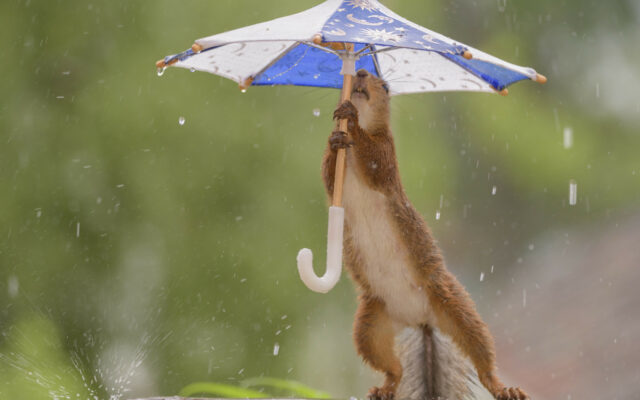 1.  A fertility doctor in Irvine, California is going viral because of the way he delivers good news.  He calls each patient on the phone, and everyone in his office yells, “You’re PREGNANT!”

2.  A 101-year-old woman in Maine named Virginia Oliver works on a lobster boat and has no plans to retire.  She’s been catching lobster since she was eight years old, and the boat she works on is named after her.  Her late husband named the boat “Virginia” years ago.  Now she works on it with their 78-year-old son, Max.

3.  A couple in California named Karen and Gary Ryan just celebrated their 59th anniversary by recreating their wedding photos.  Even at 79, she still fit into her dress.

4.  A dog named Lollipop and cat named Sashimi teamed up to break a world record.  Their owner trained them to ride a scooter together, and they recently set a new SPEED record . . . five meters in under five seconds.

They both hold the handlebars . . . the dog pushes with its back foot . . . and the cat is just along for the ride.