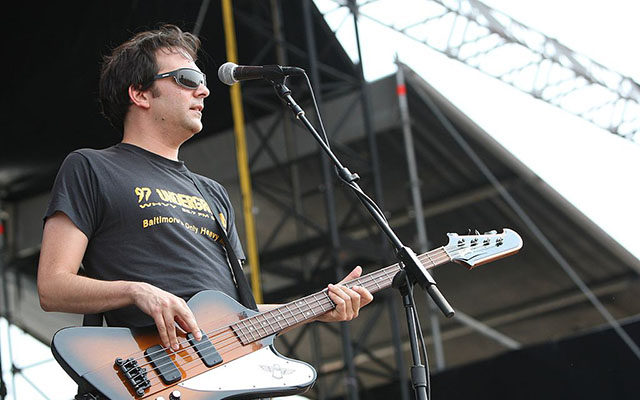 Adam Schlesinger, the co-founder of Fountains of Wayne and Ivy plus an Emmy and Grammy winner for his work on television, died Wednesday morning from the coronavirus. He was 52.

Schlesinger was a native of Montclair, New Jersey and met his partner in Fountains of Wayne, Chris Collingwood, at Williams College in Massachusetts. After college Schlesinger formed Ivy, which released its debut album in 1995. Around that same time he reconnected with Collingwood and they started Fountains of Wayne, a name inspired by a lawn ornament store in Wayne, New Jersey. Their 1996 self-titled debut featured the alternative hit “Radiation Vibe.” The group had its breakthrough in 2003 with the hit “Stacy’s Mom,” which brought them two Grammy nominations the following year. They released five albums before calling it quits in 2013.

In 1997 Schlesinger was nominated for an Oscar and Golden Globe for Best Original Song for “That Thing You Do” from the Tom Hanks film of the same name. That opened the door to a second career as songwriter for Schlesinger, who penned songs for The Click Five, Jonas Brothers and The Monkees — and produced the made-for-TV group’s 2016 reunion album Good Times, which earned some of their best reviews ever. Micky Dolenz tells us, “Adam was a joy to work with on every level. Smart, creative, sophisticated… the real deal,. Tragic loss. There really are no words.”.

Schlesinger also branched out in Broadway and TV work. He and David Javerbaum received two Tony nominations in 2008 for Best Musical and Best Original Score for the musical Cry-Baby. The pair won a Grammy for Best Comedy Album in 2009 for A Colbert Christmas: The Greatest Gift of All! They also won Emmys for Outstanding Music and Lyrics in 2012 and 2013 for songs performed by Neil Patrick Harris at the Tony Awards telecast.

Schlesinger went on to co-write songs for the CW series Crazy Ex-Girlfriend and won an Emmy in 2019 for Outstanding Original Music and Lyrics. Schlesinger was working on two different projects before he became ill — a musical called The Bedwetter with Sarah Silverman, based on her book of the same name that was scheduled to open this summer; and a musical adaptation of the TV sitcom The Nanny with his Crazy Ex-Girlfriend collaborator Rachel Bloom.

Schlesinger is survived by his ex-wife Katherine Michel and their two daughters, Sadie and Claire.