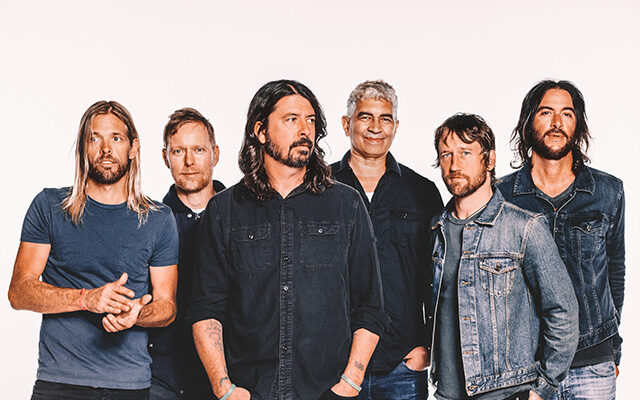 Once again Foo Fighters trolled protestors from the Westboro Baptist Church before a show in Kansas.

Thursday night the band played Azura Amphitheater in Bonner Springs and the hate group showed up with a series of chants and signs, including one that said “God sent the Coronavirus in fury.” Dave Grohl and the rest of the Foos showed up as their alter egos, The Dee Gees, dressed 1970s style jump-suits on the back of a pick-up truck.

Grohl told the protestors, “Alright now, ladies and gentlemen, I got something to say. Because you know what, I love you. I do! The way I look at it, is that I love everybody. Isn’t that what you’re supposed to do? Can’t you just love everybody? Cause I think it’s about love! That’s what I think, we’re all about love. And you shouldn’t be hating, you know what you should be doing? You should be dancing!” Then they broke into their cover of The Bee Gees’ “You Should Be Dancing.”

This is the third encounter the Foos have had with the Westboro Baptist Church. In 2011 they showed up on a truck playing a song called “Keep It Clean” with lyrics celebrating “hot man muffins.” Then in 2015 they showed up to “rickroll” the group by playing Rick Astley’s anthem “Never Gonna Give You Up.”