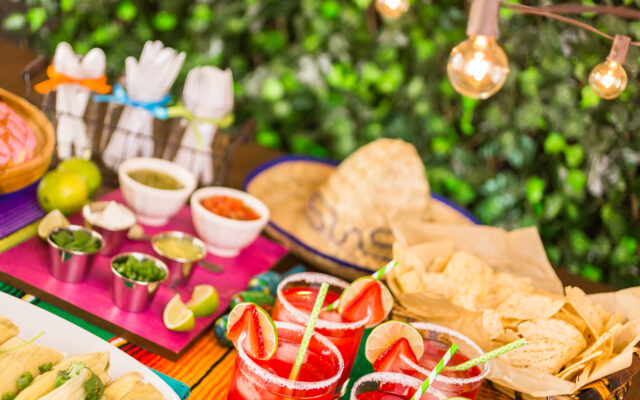 Here are five quick facts, stats, and deals you can take advantage of today . . .

1.  Cinco de Mayo marks the anniversary of Mexico’s underdog win over France at the Battle of Puebla in 1862.  So, 160 years ago today.  A bunch of mining workers from Mexico celebrated it in California a year later, and that’s how it got started.

2.  It’s actually more popular in the U.S. than it is in Mexico, where it’s not even a national holiday.  And it’s been “DRINKO de Mayo” since the beer companies started using it to market their products in the 1980s.

3.  The most popular ways we celebrate it are by eating Mexican food . . . drinking margaritas . . . celebrating the culture . . . and drinking Mexican beer.

5.  A few big chains are running deals today:  Chili’s has $5 cocktails . . . 7-Eleven is selling its new Mini Spicy Breakfast Empanadas with any sized coffee for $4 . . . Taco John’s has five tacos for $5.55 . . . and Chipotle is doing free delivery with the promo code “DELIVER”.  (You can find even more deals here.)