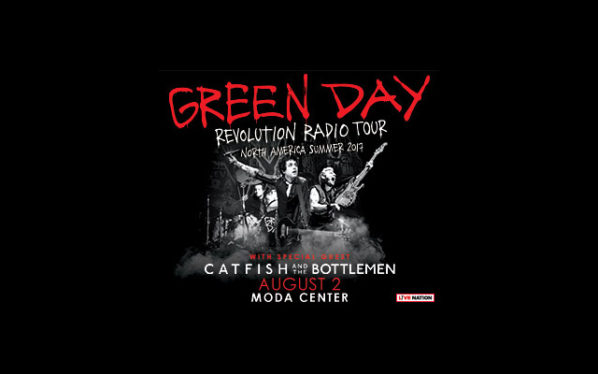 Grammy® Award-winning Rock and Roll Hall of Fame inductees Green Day today announced the Revolution Radio summer tour, kicking off on August 1st in Auburn, WA and hitting amphitheaters, stadiums, and arenas across the country. UK-based band Catfish and the Bottlemen will support all dates. As part of the run, the band will also perform for the first time at Wrigley Field in Chicago, IL and the Rose Bowl in Pasadena, CA. Dates and on-sale information for those shows will be revealed in the coming weeks.