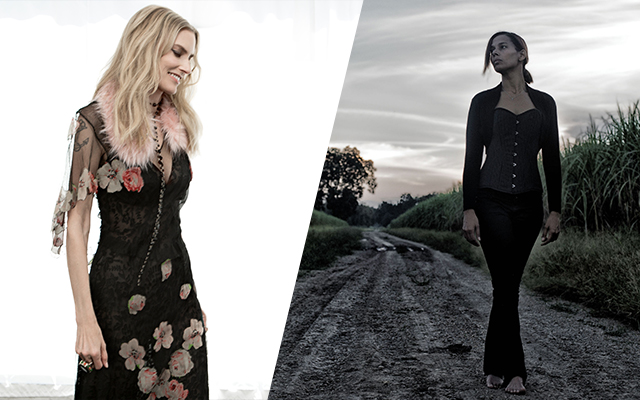 Aimee Mann’s Mental Illness, her first album in five years, will be released on March 31 via her own SuperEgo Records. The record follows 2012’s Charmer, which Rolling Stone proclaimed “shows off the more pop-oriented side to her usual acoustic tendencies.” With this follow-up, she returns to a more musically soft-spoken but still lyrically barbed approach, as heard in the album’s lead single, “Goose Snow Cone,” which debuts today. Listen/share the track here: aimeemann.com. Mental Illness can be pre-ordered now at hyperurl.co/aimeemann.

Rhiannon Giddens is the co-founder of the GRAMMY award-winning string band Carolina Chocolate Drops, in which she also plays banjo and fiddle. She began gaining recognition as a solo artist when she stole the show at the T Bone Burnett– produced Another Day, Another Time concert at New York City’s Town Hall in 2013. The elegant bearing, prodigious voice, and fierce spirit that brought the audience to its feet that night is also abundantly evident on Giddens’ critically acclaimed solo debut, the Grammy nominated album, Tomorrow Is My Turn, which masterfully blends American musical genres like gospel, jazz, blues, and country, showcasing her extraordinary emotional range and dazzling vocal prowess.

October 16th, 2021
View full playlist
Connect With Us Listen To Us On