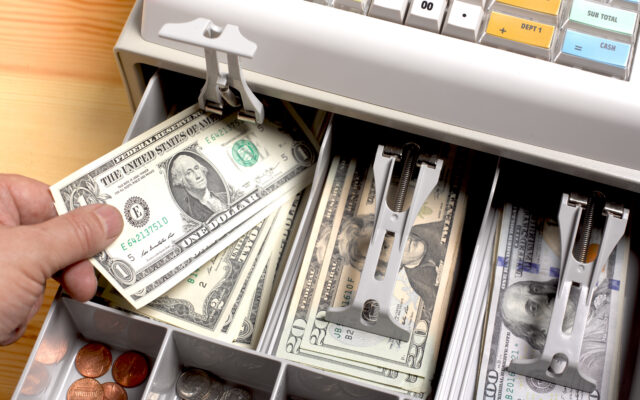 1.  A Philadelphia Eagles fan did CPR in the stands and saved a guy’s life last week . . . and was in full face paint when he did it.  He’s an E.R. doctor who performed in a parade before the game, and was still in costume.  A nurse in full Eagles gear also helped.

They got his heart going again, and the first question he asked when he came to was what the score of the game was.  He’s expected to recover, but the Eagles ended up losing to the Saints 20 to 10.

2.  An 18-year-old pilot pulled off an emergency landing on a road near San Bernardino, California last week . . . while three family members were on board with him.

The engine cut out, and his grandmother was in the backseat crying.  So he had to tune it all out and focus.  He’s been flying since he was 16, but just recently got his license.  He eventually wants to be an airline pilot.

3.  Here’s a trend we hope continues:  A TikToker in Maryland named Rory McCarty recently met an 82-year-old Walmart cashier named Butch Marion, who’s a Navy vet.  And Butch was so nice, Rory started an online fundraiser . . . and raised over $100,000 to help him retire.

He gave Butch a giant check after his final day of work last week, and they both got pretty emotional.

There was a story in November about someone who did the same thing for an elderly lady at a Walmart in New Jersey.  Rory says that story is what inspired him to do it.