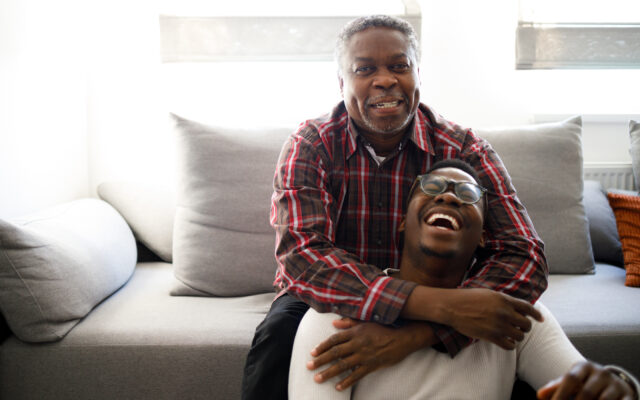 1.  A 20-year-old in Oregon named Iverson Poff was adopted, and always hoped to track down his family someday.  But instead, they tracked HIM down.  His brother found him on Instagram and got in touch.  And within 24 hours, Iverson was already on a flight to Utah to meet his mom, brother, and two sisters.

2.  A 107-year-old veteran in Colorado named Harold Nelson just got a Silver Star, one of the highest honors for valor.  He was shot three times during World War Two . . . got hit in the chest with shrapnel at one point . . . and even went back to keep fighting after he had his appendix removed.

3.  Firefighters in England helped a cow that got its head wedged between two pieces of metal on a big pylon.  They tweeted a photo and joked that it made a slight “misCOWculation.”  But it was last seen “MOOving” off to rejoin its herd.

4.  Three more Hurricane Ian rescue stories are in the news:  A rescue mission dubbed “Operation Noah’s Ark” evacuated 275 parrots from a bird sanctuary on Pine Island, near Fort Myers . . . a guy helped out a squirrel caught in floodwaters by letting it crawl up his leg (then gave it some nuts.) . . . and cops rescued an American flag floating in a swollen river near Daytona Beach.