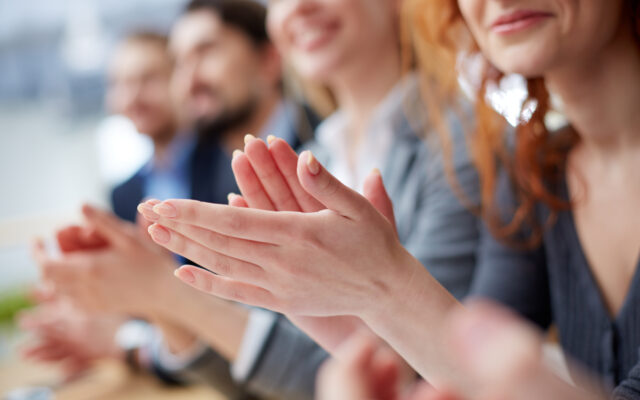 1.  A 20-year-old from Iowa is now officially the world’s fastest clapper.  His name is Dalton Meyer, and he’s been practicing since elementary school.  Guinness just verified he’s the new record holder for most claps in a minute . . . 1,140 claps.  That’s 19 per second.

2.  A woman in Arizona named Mary Flip turned 101 years old last week, and she hasn’t lost her zest for life.  She danced and drank beer at her party.  When someone asked what her secret is, she paused . . . then said “tequila.”

3.  A guy in Canada banged on his neighbors’ door at 4:00 AM last week and saved them from a fire.  They were all asleep and had no idea.  But everyone made it out, including two kids, both parents, and their dog.  (Here’s the video.)

4.  A 93-year-old lottery winner in Ontario, Canada doesn’t have to worry about money anymore after a ticket he bought hit for a million bucks.  He says he plans to share some of the money with his caregivers.

(By the way, no one hit the Powerball on Saturday, so tonight’s drawing is expected to be worth a record $1.9 BILLION.)